The World Cancer Research Fund is advising people to limit their intake of beef, pork and lamb and to stay away from processed meat such as ham and salami. 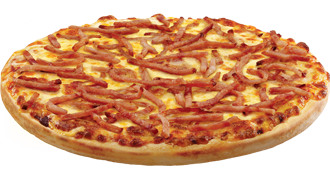 The 850-page report is ”the most authoritative ever” on bowel cancer risk, experts claim. About 13,500 people develop bowel cancer in Australia each year and about 4000 die from it. It is the third most common cancer. Bowel cancer is the second most common cause of cancer death in Ireland, after lung cancer.

The chief executive of the Cancer Council Australia, Professor Ian Olver, said about 43 per cent of cases could be prevented if people ate less meat and more fibre, drank less, maintained healthy weight and kept active.

Irish and have recently moved to London via almost 5 years in Sydney where I first started this beauty blog. Am trying to keep up good habits while going through change (it’s hard!). Blogging is intermittent! Love trying new products, gadgets, testing new food and recipes, and my answer to any beauty emergency is usually Coconut Oil. Hobbies include eating good veggie food, yoga, jogging, long walks, reading, TV, wine, and obsessive skincare! Follow me on instagram or twitter @keepingbeaut View all posts by Keeping Beautiful